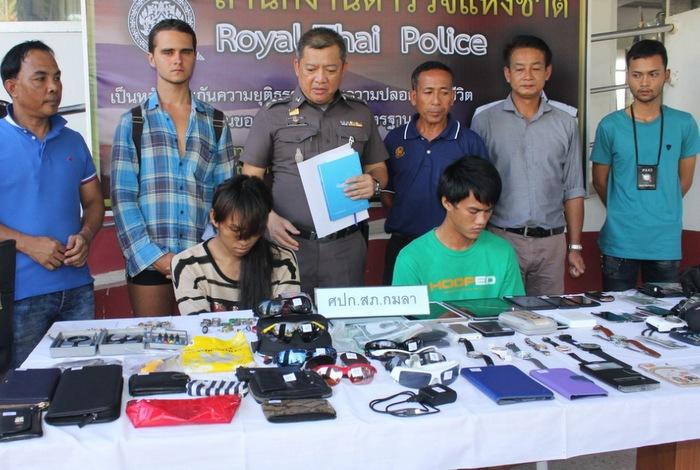 PHUKET: Police yesterday arrested a 28-year-old ladyboy and his or her partner for the burglary of foreigners’ homes in Kamala and Kathu.

Boonrit Anchaisiri, 28, and Teerawat Boonampol, 29, were arrested in their rental house in Srisoonthorn with more than 300,000-baht’s worth of stolen goods, said Kamala Police Superintendent Pattanachak Jakkapan.

“The two confessed to targeting homes where tourists were staying and to using the money they received for pawning the stolen goods for travel and drugs,” Col Pattanachak said.

“We have been investigating the thefts since then. However, it wasn’t until we were able to get good CCTV images from one of the robbed houses that we could identify the pair and track them down,” Col Pattanachak said.

“They confessed to having robbed more than 10 houses, claiming that tourists often forgot or refused to lock their doors, making them easy targets.”

Col Pattanachak warned island residents and tourists to carefully lock up their homes.

“Just because we caught these two doesn’t mean there aren’t more out there,” he said.