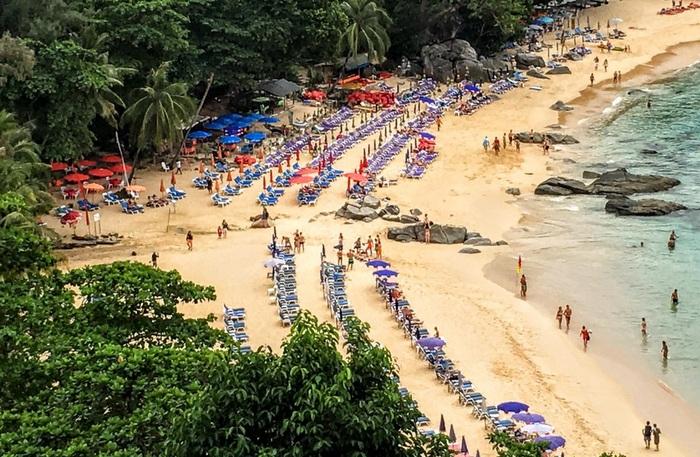 PHUKET: Phuket is basking in the financial waterfall of government funded projects from Bangkok, as exports slump to a five-year low and the entire country becomes increasingly reliant on the tourism industry. However, with it comes the type of micromanagement that reaches even beyond the imagination of Bill Lumbergh.

If I want to have an ice-cold beverage, umbrella and sun lounger as I soak up the equatorial sun, clearly Phuket – Smart City, UNESCO City of Gastronomy and pilot province for an uncountable number of hubs and projects – is not the place to be. However, a short drive or boat ride away, all that bureaucratic silliness dissipates like morning mist or the ice in my glass.

The beach chair fiasco that has plagued Phuket for what feels like an eternity (remember last year when the Patong Police announced ‘No Summer Dream on Beach, Start 12 Feb’?) seems to have no end in sight.

Mostly disliking sand, sun and salt, I couldn’t care less if the beaches have loungers or don’t. However, the fact that there is such a blatant disregard for the law, as was open for the world to see on Laem Sing Beach last week, is telling. Either these are a bad set of provincial rules, because they are unenforceable, or they are a good set of rules that require officials to break ties with the old ways of turning a blind eye when they find a couple of thousand baht on the ground.

The real issue is that this is a provincial rule with wavering enforcement.

The beaches in Phang Nga, Krabi and countless other provinces are also ‘public land’, yet they are being utilized for private businesses, from drug-driven Rasta bars on Koh Lanta (they openly advertise magic shakes), to sublime lounging experiences in Khao Lak. So why does Phuket have to be different? The confusion, struggle and contention about the issue seems to be driving tourists away. They are told ‘such-and-such beach is a virgin beach’ and then go there only to find it covered with umbrellas.

Further bureaucracy, red tape and rule structure is not what is needed. Common sense by local leaders, who can then be trusted by the central government to manage and protect one of Thailand’s most valuable assets, is essential. As the Phuket Gazette has opined in many an editorial, Thailand might be ‘The Land of Smiles’, but it is surely not the land of common sense. Even holidaymakers seem to give up on being reasonable when they set foot on Phuket.