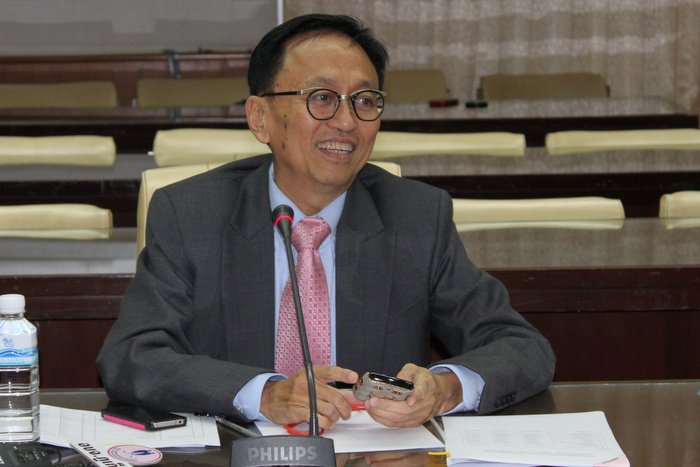 PHUKET: The National Anti-Corruption Commission (NACC) is dropping its case against Paiboon Upatising, the recently deceased President of the Phuket Provincial Administration Organization (PPAO). However, the investigation into alleged PPAO corruption will move forward.

“As Mr Paiboon was the head of the organization, the allegations were put on his shoulders. However, given his recent demise, we are dropping the case against him specifically.

“Nonetheless, the investigation into PPAO corruption will continue in order to establish if anyone in the office is guilty of corrupt activity, as alleged by the OAG.”

Ahead of the investigation, which started in June, Prime Minister Gen Prayut Chan-o-cha wielded Article 44 of the interim charter to temporarily suspend Mr Paiboon from his post without pay. Mr Paiboon was the only Phuket official named among many government officials throughout Thailand.

At that time, Mr Paiboon explained to the Phuket Gazette that the reason the government had temporarily removed him from the position had to do with an investigation by the OAG into the OrBorJor [PPAO] Hospital. However, he said that the order would give him a chance to relax and recover (story here).

Mr Paiboon lost his long battle against colon cancer on August 2, before the charges against him were cleared (story here). He was buried at a Catholic graveyard in Phuket Town. Adviser to the Minister of Interior Siwa Sangmanee attended the funeral as the guest of honor and headed the ceremony of putting funeral soil, given by the Bureau of the Royal Household, on the grave (story here).

Saddle up to “Bike for Mom’