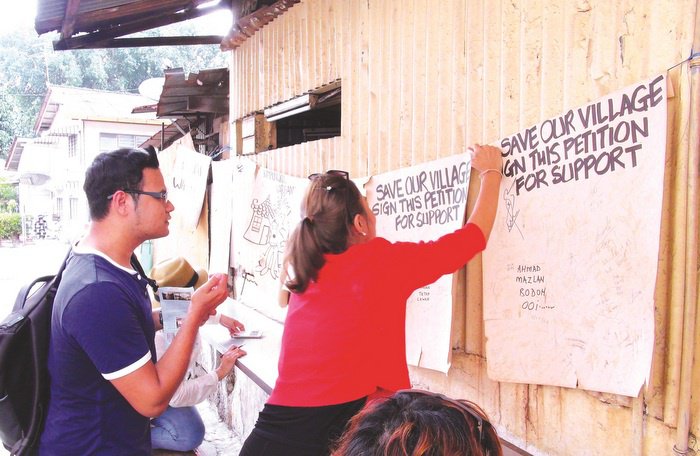 PHUKET: Penang and Phuket share many historical and cultural similarities and recent similar events in their property markets show that the sister islands still have much in common.

On a recent trip there, courtesy of Firefly Airlines, to join Penang’s heritage celebrations, I was introduced to a small Thai enclave in the northern quarter of Georgetown, not far from the Royal Thai Consulate, a favorite of many Phuket visa runners.

The five-acre (about 13 rai) site was gifted to Penang’s Thai and Burmese community by Queen Victoria in 1845 to help foster trade between Penang and Siam, as it was then known. The gift, presented on behalf of the British Queen by the East India Company’s W.L. Butterworth, was made in perpetuity, allowing this small Thai enclave to remain in Penang forever.

And so they did, for more than six generations.

A large part of that five acres is taken up by the impressive Wat Chayamangkalaram, which is a stop-off for many Thai Buddhists visiting the island. Around the temple has grown a hodge-podge of family homes, many in the vernacular of the island’s Chinese heritage, but others just modest Thai homes you could easily expect to run across right here in Phuket.

It is here that one of the oldest practitioners of Thai Menora dancing resides, the 93-year-old Noo Wan. However, he and his family may not be able to stay in the village much longer.

About 15 years back, Queen Victoria’s gift was being managed by a group of ‘unscrupulous’ trustees. Somehow, through the sort of under-the-table shenanigans you might better expect on our own island, they had the title for a large part of the land ‘re-assigned’ and promptly sold it off to developers.

The developers stayed quiet for many years, possibly hoping for the dust of ages to bury the misdeeds. But then, a couple of years back, they announced plans to build a big hotel across one acre of the Thai village, sending eviction notices to the residents, including poor Noo Wan.

By now, regular readers of the Gazette will have caught on to the correlation with an ongoing story from beautiful Phuket. Rawai’s Moken sea gypsy community faces a similar threat from property developers who claim they have a legal right to lands that the Moken have inhabited for generations.

While no royally mandated gift validates the Moken’s legitimacy to their land, DSI’s investigation did reveal that their ancestors inhabited the land long before titles were issued. Regardless of this, bully boys working for the developers are still trying to drive out the Moken villagers with threats of violence.

Queen Victoria’s grant to the Thais of Penang has not helped those villagers much either, as the developers claim that the land was acquired legally and therefore they have a legal right to destroy this community and build yet another mega-hotel on the site.

In both cases, it is now down to the courts to decide the outcome.

Penang, however, has a vibrant community dedicated to cultural preservation, and those that drive it are hoping that they can save the ramshackle Thai village by pushing the government to declare it a site of historical significance, not for its built heritage, which is, frankly, not much worth saving, but for its living heritage, such as Noo Wan. Then it would not matter who owned the site, because the only form of development allowed would be to the benefit of its cultural significance.

There is by no means any guarantee that such a ruling could be brought to save the Thai village of Penang, but it is a very good idea that might just work right here in Phuket to save Rawai’s Moken community – let the developers have the land, just don’t let them change anything that would be a detriment to the living history of Phuket.

With the government high on the idea of applying for UNESCO World Heritage accreditation for the Andaman coast, this would be a positive step toward proving that such conservation is possible in Thailand.