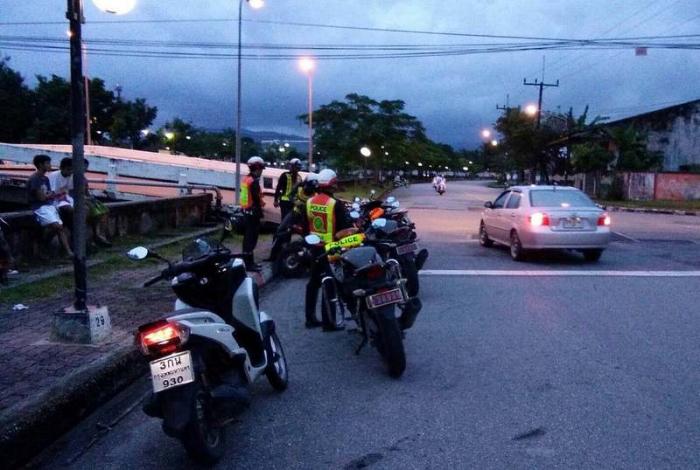 PHUKET: Traffic Police last night nabbed two teen motorbike riders who were allegedly racing with about 30 other riders along a stretch of road in Saphan Hin.

Police received complaints at about 5:30pm that a group of more than 30 teenagers were racing motorbikes near the Vegetarian Festival celebrations. Responding officers were only able to catch the two teens. The rest shot off on their bikes when the police arrived.

The gang had reportedly blocked off the road from Saphan Hin to Klong Koh Pee so they could race along the strip.

“There were at least 30 bikes and riders at the scene but they all took off when we arrived,” said Phuket City Police Captain Komalat Niyomket. “We were able to seize two bikes though,” he added.

However, Captain Komalat said progress was being made in apprehending the young riders and chastising their parents.

“We are contacting the parents of the teens that were involved and inviting them to the station, The parents of one of the racers have already come forward. They were given a verbal warning.” said Capt Komalat.