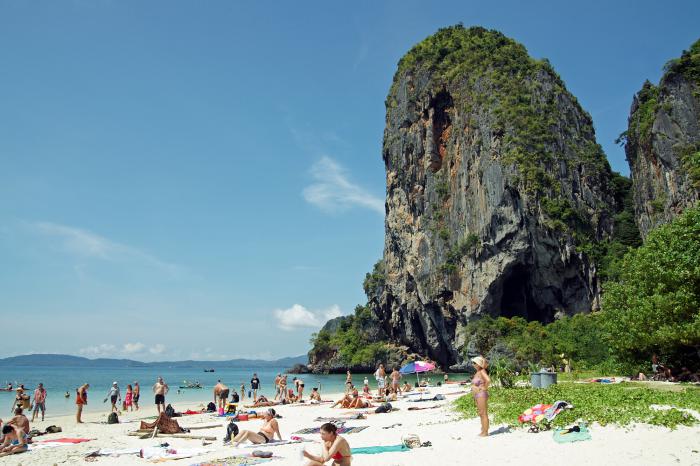 PHUKET: Fossilized shells at a beach dating back 75 million years and over 10,000 rai of the country’s second-largest seagrass area in Krabi would be destroyed if the coal seaport and coal-fired power-plant project go ahead, an environmental watch agency warned on March 6.

Adding to the concerns over the project, the local tourism association in Koh Lanta is worried that the project would jeopardize the area’s tourism, an industry which generates between 1.4 and 1.5 billion baht annually for the local economy.

In response to the backlash, a consultancy company hired by the Electricity Generating Authority of Thailand (EGAT), which would construct the plant, will listen to public concerns about the project in Krabi. this Sunday.

“We fear that the public scoping for the Ban Klong Ruo Coal Seaport project will not be different to the one organized earlier for the coal plant,” said Chariya Senpong, a campaigner for Greenpeace Southeast Asia’s Climate Change and Energy division.

“Both assessments only identify the impacts that they are able to mitigate, and play down the environmental, societal and economic harm the project will cause.”

The 700 megawatt power plant would be fueled by bituminous and sub-bituminous coal, which would likely be imported from Indonesia, Australia and Africa.

“The report will just be procedural compliance for EGAT to carry on with the project,” Mr Chariya said.

A Greenpeace report states that the marine life surrounding the proposed project and the sea route to transport coal to the port includes the 17,725 rai of seagrass area, a mangrove forest, an area where dugongs live, the nursing grounds for aquatic species and the habitat of over 21 species of wild birds.

The mouth of the Krabi River is also recognized under the Ramsar Convention, an international treaty for the conservation and sustainable utilization of wetlands.

Koh Lanta Tourism Association Chairman Therapot Kasirawat said he was worried that hundreds of thousands of tourists, especially from Sweden, would shun the area if the project went ahead. Mr Therapot said about 150,000 Swedish tourists annually visited Koh Lanta, staying on average 19 days, while about 95,000 visited Koh Phi Phi.

“We learned that they will go to other places once they see the first coal ship pass the island,” he said.

Phuket Sport: To carb or not to carb