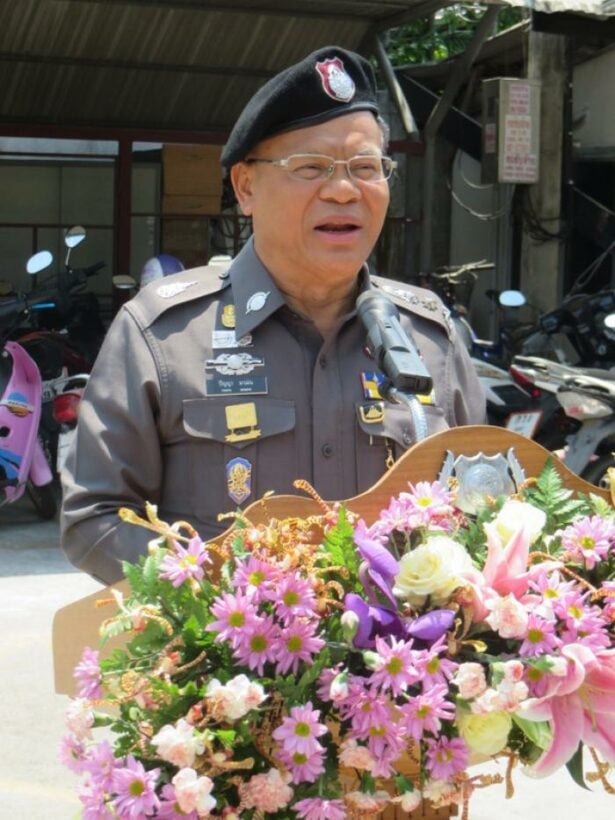 PHUKET: Despite a report that the Chalong Police force is understaffed, the region’s top cop praised officers there for their work.

“Since I became Region 8 Commander in October last year, I have had no concerns about Chalong. The officers here have done a good job of maintaining the safety of both locals and tourists in the area,” said Region 8 Commander Panya Maman during a visit to the station on Wednesday.

“Our officers work 13 to a shift and are on routine patrols from 7am to 3pm, and 3pm to 11pm,” Col Kritapas explained.

“Because tourists go to the beach at night, we have special night patrols there. It’s quite dangerous to go in the dark and the risk of crime is also higher. It’s our job to protect them.”

Additionally, officers are on motorbike patrols in Rawai, Nai Harn and Laemka Noi from 1am to 3am and Windmill Viewpoint from 11pm until midnight and 1am to 2am.