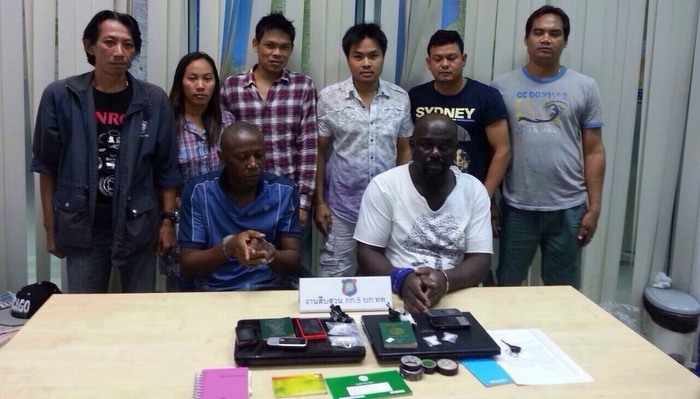 “When Mr Ugwoeruchkwu arrived on Soi Nanai 2, off Nanai Road, we searched him.”

Officers found two separate bags of cocaine on him: one with 0.65 grams and one with 0.70 grams.

Police accompanied Mr Ugwoeruchkwu back to his rental room at Happy Guesthouse, where they found Syrian tourist Hassan Kamara, 39.

“We found more than 20 grams of cocaine, separated into two bags. We believe the men were selling drugs to other tourists,” Col Jirapop said.

Both Mr Ugwoeruchkwu and Mr Kamara were charged with possession of a Category 2 Drug with intent to sell.