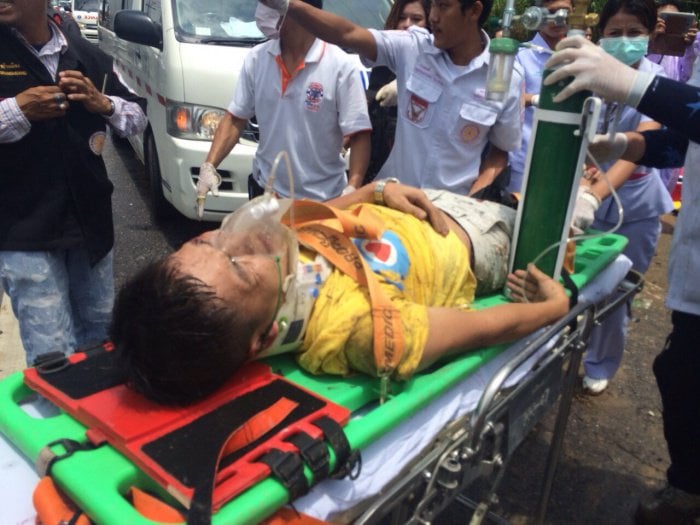 PHUKET: A tour bus carrying Chinese tourists flipped over and crashed onto its side on the bypass road, opposite Premium Outlet Phuket, at about noon today.

The bus, which was carrying 17 tourists and two tour guides, was heading northbound when the accident occurred.

The crash trapped one Chinese tour guide and one tourist inside the bus, but rescue workers were able to free both of the passengers shortly after the accident, said a Phuket Gazette reporter at the scene.

No serious injuries or deaths have been reported, though all passengers and the driver have been taken to Vachira Phuket Hospital, Bangkok Hospital Phuket or Phuket International Hospital for treatment.

At this point, details about the cause of the accident are unclear, as police have yet to question the driver.