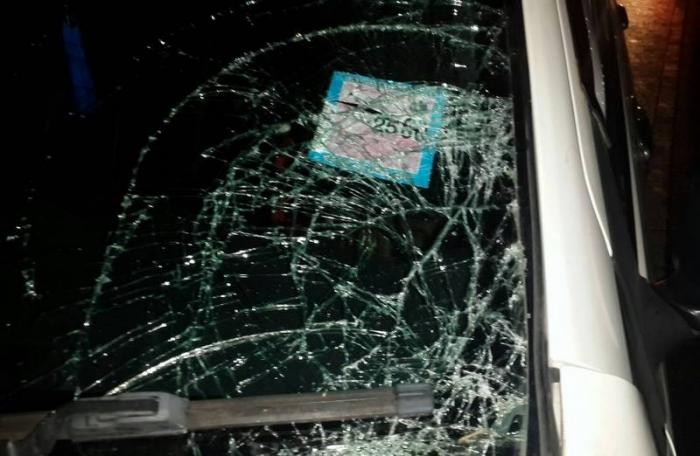 PHUKET: A Chinese national was seriously injured after he was hit by a car while trying to get away from soi dogs in the road in Thalang last night.

“The accident occurred at about 7:40pm. We received a report of the crash near Mission Hills Phuket Golf Club Resort and Spa. We found the victim, Xing Chen, 27, lying on the side of the road. He was wounded, but still conscious,” said Col Sanit Nukong of Thalang Police.

Mr Chen was given first aid at the scene by rescue workers and then taken to Thalang Hospital. He was later transferred to the Intensive Care Unit at Bangkok Hospital Phuket.

“We also found a damaged white Totoya Vios at the scene. The driver, Sommai Permpoon, 32, said he was on his way back home from work when he saw Mr Chen at roadside carrying an umbrella and trying to chase away some dogs. Mr Sommai says he changed lanes to avoid hitting the man, but Mr Chen suddenly ran out in front of him,” said Col Sanit.

“We checked Mr Sommai’s alcohol level, but he was clean. We have not charged anyone yet, as we are waiting for Mr Chen to recover so we can question him,” he added.

According to staff at Mission Hills, Mr Chen is a pilot who had checked into the hotel at 5pm the same day. He was out buying something at a local mart before the accident.

Phuket police officer transferred after allegations of threats and bribes