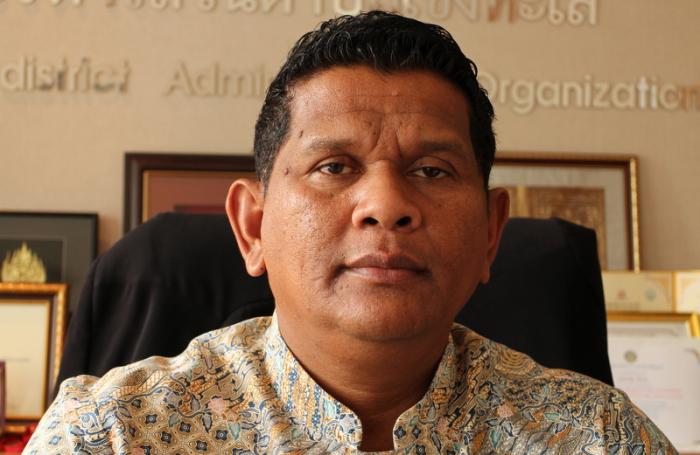 PHUKET: The controversial, elected head of the Cherng Talay Tambon Administration Organization (OrBorTor) vowed to end his political career with the return of the beaches in his jurisdiction to their natural state.

“My four year term as president ended last month. However, I have continued on under the orders of the National Council for Peace and Order. I am now working until further notice,” Cherng Talay OrBorTor President Ma-ann Samran told the Phuket Gazette.

“However, I will not enroll in the next election. I have done my work here and returned beauty to the beaches of my home.

“They are my masterpieces. I am immensely proud of them.”

Mr Ma-ann explained that he would be returning to the private sector to focus on his own business interests.