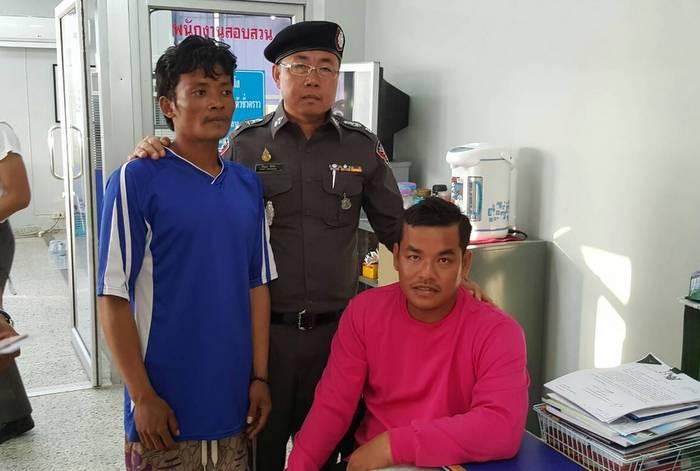 PHUKET: Police have yet to press charges against the speedboat driver who killed a French snorkeller in Krabi yesterday afternoon.

Yothin Suebsak, 29, and Myanmar national Maling El @ Aee, 29, who were working on the speedboat at the time of the accident are to be questioned further in Krabi, confirmed Maj Jarun Nabphet of the Krabi City Police.

“I have yet to question Mr Yothin about the incident. He was questioned in Phuket. However, it’s important that I also talk with him and hear his side of the story,” Maj Jarun told the Phuket Gazette this morning. “As for Mr Maling, I will look into whether or not he was working legally on the speedboat and what role, if any, he played in the accident.”

Mr Yothin, who handed himself in at the Thalang Police Station after fleeing to Ao Por after the accident, told officers in Phuket that he was unaware that the tourist was killed.

Sylvie Thiebau, 52, originally named by police as Thiebau Hylie, was snorkelling off Koh Poda when she was struck in the head by the speedboats propeller and killed (story here).

“Mr Yothin claimed that he did not see the victim snorkelling,” said Phuket Marine Police Chief Panya Chaichana. “He saw a man waving and a dinghy come to pick someone up, but said he had no idea that Ms Thiebau had been killed. The only thing he knew was that someone was injured. However, he needed to take his clients back to Ao Por. So, he reported the accident to the speedboat owner, instead of the police, on the way back.”

The owner of speedboat So Cool 1, Watchara Pasompol, confirmed that Mr Yothin had been taking nine Amazing Canoeing Group clients – two Italians and seven Russians – out for a day trip from Ao Por.

Ms Thiebau, her husband and five friends were part of a 16-person trip that left Phuket Monday. They spent the night on Koh Hong, before snorkelling at Koh Poda.

“We will question the parties involved and then look at what charges, if any, will be filed against them,” confirmed Maj Jarun.