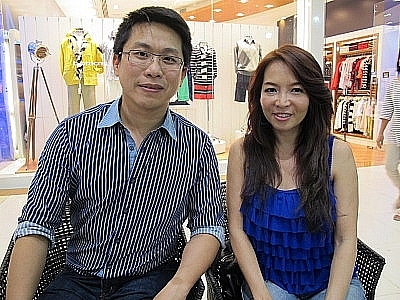 PHUKET: The rumor that Central Festival Phuket is intending to expand onto 30 rai of land that is currently home to the Thainaan Restaurant on Wichit Songkhram Road has been dismissed by a company spokesman.

Speaking to the Phuket Gazette, Lertwit Bhumipitak, the business development Deputy Managing Director for Central Retail Cooperation Co Ltd, said that the company had no plans to expand south into the Thainaan Restaurant area at this time.

“At the end of the year, we will be developing the HomeWorks site, which will be known as Central Festival Phuket Zone B,” Mr Lertwit said.

“The first floor will contain Power Buy, Tops Market, several restaurants, and fashion and beauty shops, with HomeWorks taking up the second floor.

“It is expected that the new Central Festival zone will be completed around the beginning of 2013,” he added.

“The current lack of parking space at Central Festival will be remedied by the additional parking spaces at zone B. To make it even easier, we’re going to renovate the skywalk that links the two zones. Those who find it more convenient to park in zone B can use the skywalk to get to zone A,” said Ms Wilaiporn.

Though the owner of the Thainaan Restaurant was unavailable for comment, staff at the restaurant explained the venue would close on March 31 next year, but the spa area would continue to be open to the public.

“Business is going very well. We are closing the restaurant because no one in the owner’s family wants to run it,” she said.

“I have no idea what the space will be used for after the restaurant closes,” she added.

Phuket Food Festival goes “booze-free’, but lays on the entertainment