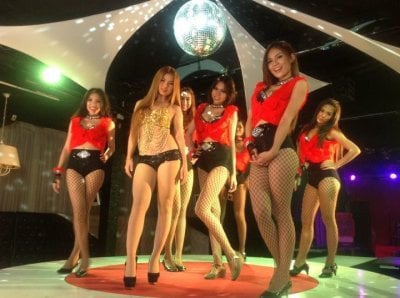 PHUKET: For the first time in its 15-year history, the annual Phuket Good Taste Food Festival at Saphan Hin in Phuket Town this year will be held specifically without any alcohol for sale and with no plastic food containers.

Announcing the news on Saturday, Phuket City Mayor Somjai Suwansupana said that about 100 booths selling food will be at this year’s week-long festival, together generating about 10 million baht.

Mayor Somjai explained that the restaurateurs taking part in the festival themselves requested that no alcohol be sold at this year’s festival, which starts on Friday.

“The festival is intended to support and promote local food vendors and to help boost their sales. The food vendors asked us this year to hold the festival without any alcohol for sale for the very first time,” she said.

Although no alcohol will be sold at the fair, visitors may bring their own, but may not consume alcohol in a designated “booze-free” area to be set aside at the festival.

Songkran Pakchokdee, director of the government-affiliated Stop Drink Network, said that he expected the booze ban to have little effect on visitor turnout.

“This is the first time the Stop Drink Network has joined the Phuket Food Festival. We have joined many other festivals in other provinces where public drinking has caused a lot of trouble.

“At first, we were afraid fewer people would come to the festivals because no alcohol was being sold, but so far we have seen that the festivals still attract a lot of people,” he said.

“Phuket has its own local food as its selling point. I believe a lot of visitors will come to this festival,” he added.

Mayor Somjai also pointed out that her officers will be monitoring food hygiene at the festival.

“We will ask the food operators not to put MSG [monosodium glutamate], artificial citric acid or any other additives in their food. Officers from Phuket City Municipality’s Public Health Department will test food at every booth at the festival to make sure it is clean and safe for consumers,” she explained.

Regular visitors to festivals at Saphan Hin might have noticed that many of the stall operators over the past year have switched to using long-life, eco-friendly, energy-efficient light bulbs to light up their stalls, instead of regular light bulbs.

This year, they will also cease using Styrofoam containers for serving their food, opting to use biodegradable containers instead.

Chaisin Jiasakul, president of the Phuket City Restaurant Operators Association, highlighted that in addition to the usual low-priced fare on offer, the festival will host many stage performances as free entertainment throughout the festival.

Among the artists performing live on stage will be “Dear At Ten”, known for her sexy song and dance performances; as well as Southern Thai look thung (Thai country) singers O Para and the bands Zuzu and Dalah Sao Satul, and the Teng Noi Copy Show comedy performance.

The fair, to be held at the central stage area at Saphan Hin Public Park in Phuket Town, will be open from 4pm to 11pm daily from September 14 to 22.

Central Festival Phuket set to expand to east, not south

“I honestly can’t believe I won…”