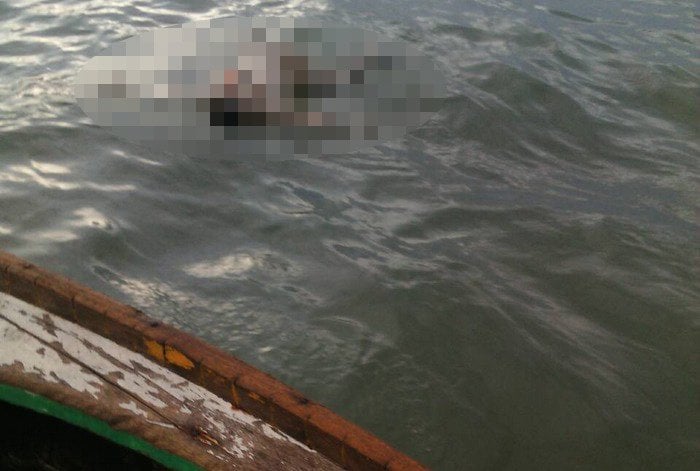 PHUKET: The captain of the 30-meter barge that sank between Koh Racha and Koh Phi Phi on July 7 was found dead by local fishermen in Trang Saturday evening.

The heavily tattooed body of Visanu Thongbai, 50, was taken to Prince of Songkla Hopsital in Trang and then transported to Phuket for a funeral ceremony.

“Doctors were able to confirm that the Mr Visanu had died about five days before his body was discovered,” Lt Akhom Suan-In of the Palian Police said. “Though we couldn’t readily identify him, as he was wearing no clothes, we assumed he was part of the crew.”

A number of tattoos, including a tiger’s head, a scorpion and a skull and crossbones were enough for next of kin to confirm the body as that of Mr Visanu.

“We are sorry for the loss, and will continue searching for the last crew member – we hope he is still alive,” Lt Akhom said.

The 30-meter barge Sintu Phuket 1 was transporting construction materials and a backhoe from Ao Makham to Koh Racha Yai when it sank in rough seas at about 3:55am, leaving six people missing.

Miraculously, three of the men were rescued more than 48 hours after the boat sank. They were discovered clinging to debris by locals near Koh Lanta (story here).

A Decade Ago: The wheels on the bus go round and round