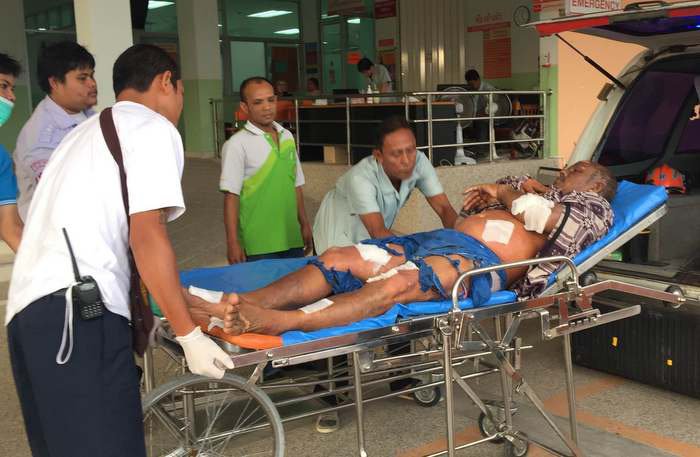 PHUKET: A speedboat captain was severely burned after a fire broke out on a vessel in Pa Khlok yesterday.

Rainbow Runner captain Narong Looklek, 42, was cleaning the back of the boat at Jandara Pier when the fire started. All passengers had already disembarked.

The fire caused a small explosion, during which Mr Narong suffered burns to about 40 per cent of his body.

“Mr Narong had already been taken to Thalang Hospital before police arrived,” said Lt Col Sanit Nukong of the Thalang Police. “The fire had also been extinguished beforehand. We found only black soot and damage to the boat’s electrical system.”

The cost of the damage to the boat was estimated to be about one million baht.

Police believe that the cause of the fire was a short circuit in the boat’s electrical compartment and have no plans to press any charges.

“It is now up to the owner of the boat, the insurance company and Mr Narong to negotiate compensation,” Col Sanit said.