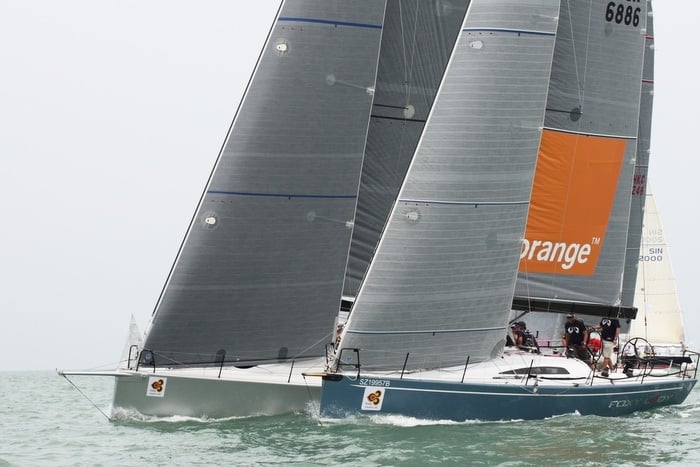 The kick-off event falls in the middle of Phuket’s southwest monsoon season – a time when some of the best sailing and racing conditions can be expected – and will welcome a competitive line-up of IRC racers, cruisers, multihulls and a growing number of charterers to the island.

“We have boats and crew taking part from more than 20 countries this year, many of which have come from overseas to compete in Phuket Raceweek,” said Byron Jones, Managing Director of Media Business Services.

“The Panwa Cape will be busy with more than 500 sailors and friends accommodating themselves in the area and contributing to the local economy during what is normally a relatively quiet month for Phuket.”

Cape Panwa Hotel Phuket Raceweek organizers and relevant authorities are working to promote sailing in Phuket to the world.

“Phuket’s green season coincides with colder weather in Australia and European school holidays, making it an ideal time for sailors and families to come to Phuket for a sailing holiday. Phuket can be spectacular during this time of year,” Mr Jones said.

A large contingent of Australian and British nationals are competing in Phuket Raceweek this year, most of which have flown in specifically for the event. It is this international appeal and the potential of Phuket’s marine leisure tourism that has seen the Thai government recently prioritize the industry for development and promotion.

“It’s great to see Thailand’s marine-leisure tourism on the national agenda. Regattas have been promoting and positioning Thailand as a boat-friendly destination for many years,” said Mr Jones.

“On the back of the government push, we have launched the #PhuketSailing marketing campaign on social media. Using social media, we aim to increase the awareness of Phuket as a world-class sailing destination and encourage all stakeholders and friends of Phuket to join hands and use the hashtag.”