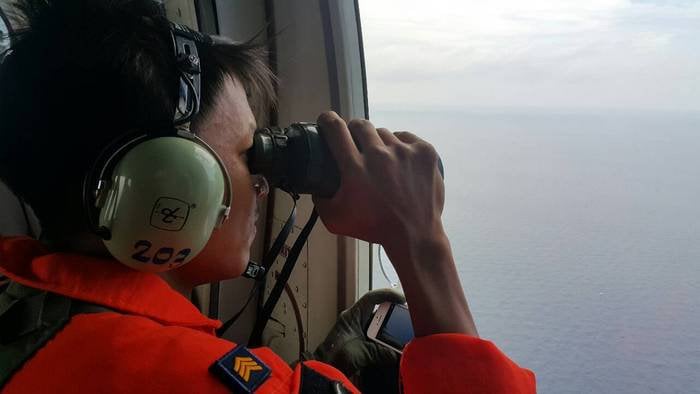 PHUKET: Police have yet to rule out foul play as the family of an American scuba diver who vanished from a Similans-bound, liveaboard boat in April offers a 170,000-baht reward for any information that will lead to the discovery of his whereabouts.

Joshua Michael Devine, 36, a civilian IT operative working at a United States military base in Kuwait, was on the CRP Transport diving trip with his Thai wife, Ms Thadsana, and 22 other divers, when he went missing from the boat on April 11 (story here).

Despite days of extensive nautical and aerial searches following Mr Devine’s disappearance, no signs of him were discovered (story here).

The circumstances surrounding Mr Devine’s disappearance led his sister, Jennifer Bakowski, to believe that there was something suspicious about the situation.

“He’s been in war zones since he was 18, and goes missing while on a diving trip. It just doesn’t equate,” Ms Bakowski told FoxCT.

“We don’t want to put anyone else in danger by coming forward, but we need to bring him home. We need closure to this.”

Ms Thadsana told police that before the disappearance, her husband had been drinking with other divers and had come in and made ruckus in their room at about 4am.

“He was shouting, so two of the guys he just made friends with came in and took him away to calm him down. I was told to just rest in my room.”

Ms Thadsana told the Phuket Gazette that she couldn’t get back to sleep, and about 15 minutes later one of the men returned to see if Mr Devine had come back to the room.

“The man said that Mr Devine wanted to be alone. We searched the boat, but couldn’t find him,” Ms Thadsana said.

“Nobody heard a splash. Nobody heard anything about him going into the water, he just ‘magically disappeared’,” Ms Bakowski said. “We’ve been told that the Thai community is afraid to go forward, because people go missing.”

Lt Thanapop Rattanaburi of the Cherng Talay Police – who were put in charge of the missing person case – confirmed that the file has yet to be closed.

“The family has the right to post a reward like this, and we are grateful for any help they can give us,” Lt Thanapop said.

“I know they are upset with the lack of results, but we’ve not closed the case yet.

“We cannot conclude whether or not this was an accident or a crime, as we have yet to find him. At the moment we are considering it a missing persons case.”

Lt Thanapop pointed out that all the witnesses on the boat that police questioned had supplied roughly the same theory: he was drunk and may have fallen off the boat.

“The boat was big, and the sound of the engine would have been louder than a person falling into the water,” Lt Thanapop said. “During our questioning, we did not ascertain any information that led us to believe foul play was involved. However, we have not ruled it out.”

The Royal Thai Navy confirmed to the Gazette today that they had done their best during their search efforts.

“We spent about 1.2 million baht searching for him. We did our best,” Commander of the Royal Thai Navy’s Third Area Command Vice Admiral Sayan Prasongsamrej said. “We understand the feelings of the family and appreciate their continued efforts. However, at this point the case is in police hands.”