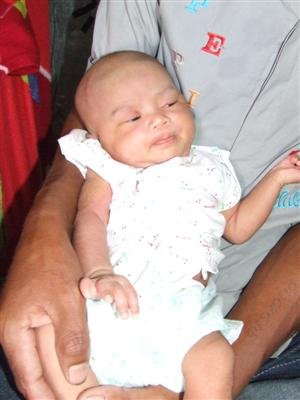 PHUKET: The Phuket Chamber of Commerce (PCC) is demanding that action be taken to deal with the the large and growing population of Burmese in Phuket.

Dr Sirichai Silapa-archa, chairman of the PCC and also a deputy director at Vachira Phuket Hospital, told the Gazette that the number of newborns at Vachira alone ranges from about 60 to 100 a month.

The other two government hospitals, in Thalang and Patong, report about 15 to 20 new Burmese babies each month, he said.

A recent senate panel meeting held in Phuket was told the population of Burmese in Phuket could be as high as 200,000, a considerable chunk of the estimated 1.2 million in Thailand.

Although collectively referred to as Burmese by Thai authorities, many if not most of the people in question are not ethnic Burmese at all, but rather people who hail from lands under the control of the Burmese junta. Many are ethnic Mon.

As the newborn babies of these people fail to qualify for Thai or Burmese citizenship, they represent a large and growing future generation of stateless people who have never known a home other than Phuket. Such a situation could create social problems in the future, Dr Sirichai said.

The PCC has met with the Phuket Labor Office, the Employment Office and other agencies and groups to consult and try to formulate a policy. The PCC is proposing four measures to the Labor Ministry to deal with the issue, Dr Sirichai said.

He outlined the four measures as follows:

First, a relevant agency must identify all workers under the age of 15 years.

“We’re also asking for cooperation from the organizations involved to not permit pregnant women to work, even if they hold work permits,” he said.

Second, workers must not be allowed to bring other people along with them when they enter the country.

Third, workers must operate strictly under the law.

Fourth, there must be a renewed push to register all migrant workers.

Dr Sirichai said that more and more Burmese workers were coming to Phuket to work, using the resources of the island without paying taxes.

Thai law is also too lax on the issue of migrant workers bringing dependents with them, he added.

There was no clear policy on what to do with the Burmese children who were being born here, particularly the issue of giving them Thai nationality, he said.

Dr Sirichai said it was currently unclear whether the government would give them Thai nationality or push them out of the country.

These children are growing up without knowing what their nationality will be, he added.

Currently, 7,209 businesses in Phuket have registered as needing migrant laborers. Those companies have said they want to employ a total of 101,985 workers.

However, only 64,184 workers have been allowed to register by the Labor Office. Of these, just 27,300 have applied to have their nationality verified as part of the Thai government’s nationality verification scheme.

The national census now underway will for the first time try to get an estimate of how many foreigners actually call Phuket home. The census takers, students from Phuket Rajabhat University, have Burmese translators with them when they enter Burmese workers’ camps.