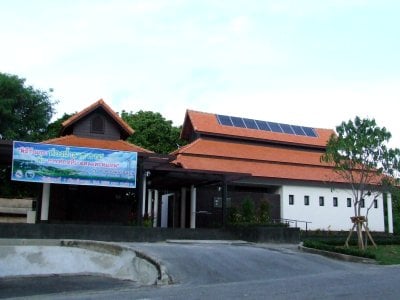 PHUKET: A new restroom costing 3.8 million baht at Phuket’s landmark tourist attraction Laem Phromthep is now complete, but not yet ready for business.

A ceremony to mark the transfer of the new toilets from the Ministry of Tourism and Sports’ Office of Tourism Development to Rawai Municipality was held at the site on Tuesday.

Taking about four months to complete, the new toilets were built at the site of the old toilet block, near an array of souvenir stalls.

An officer at Rawai Municipality’s Engineering Division told the Gazette, “We’re not sure when they will open. The municipality has to have a meeting first.”

Call for action over illegal Burmese workers in Phuket