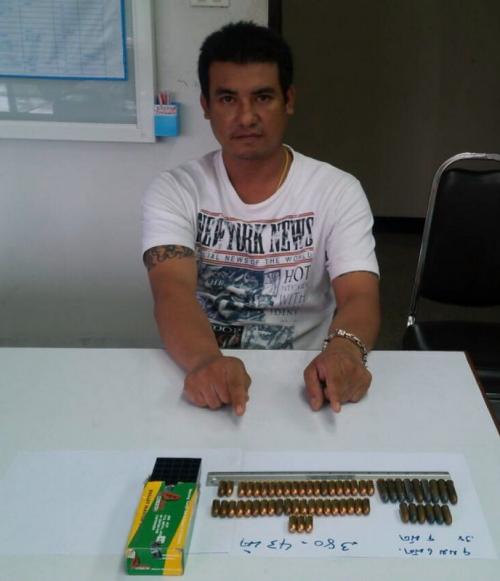 PHUKET: Police caught a Phuket man illegally in possession of over 50 rounds of ammunition for multiple types of handguns, but were unable to uncover any weapons during their raid yesterday morning.

Phuket City Police secured a search warrant for the house of Suwat Saramas, 30, after receiving a tip-off that he was in illegal possession of firearms.

“After we received a search warrant from the court, we rushed to search Mr Suwat’s house in Rassada,” Capt Tawan Lakmas told the Phuket Gazette.

A backpack, found in Mr Suwat’s bedroom during the police sweep, contained over 50 rounds of ammunition.

“We searched everywhere in the house, but did not find any illegal guns or other types of weapons,” Capt Tawan said.