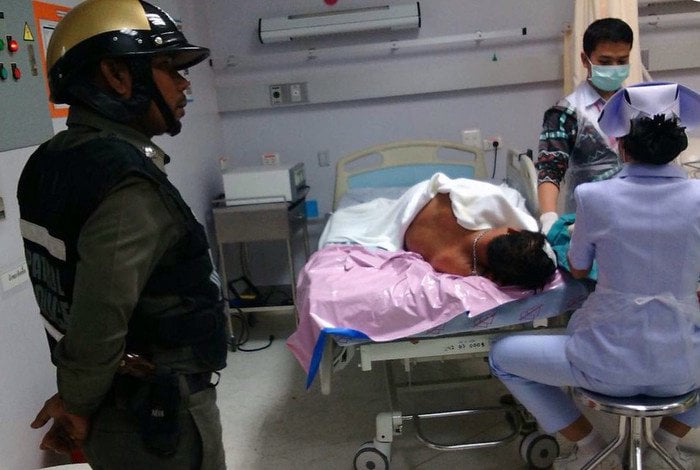 PHUKET: A teenager was discharged from hospital yesterday after being shot in the back of the head with a homemade handgun near the entrance of Kathu Wittaya School on Sunday.

Pongchanasit Amtaisong, 19, walked into the Thung Thong Police Station after he was shot.

“We immediately called an ambulance to take him to Vachira Phuket Hospital,” said Lt Sawanya Eiadtrong of the Thung Thong Police.

“Mr Pongchanasit underwent surgery and is now safe. They removed the bullet from his head.”

Hospital staff told the Phuket Gazette that the teenager was lucky that the bullet had failed to fully penetrate his skull.

“He told us that while he was driving his motorbike, a pickup truck pulled up and a man shot him. The shooter allegedly said something to Mr Pongchanasit, but he didn’t listen and instead fled to the police station,” said Lt Sawanya.

Police are gathering evidence and questioning locals in the area in an attempt to identify the shooter.