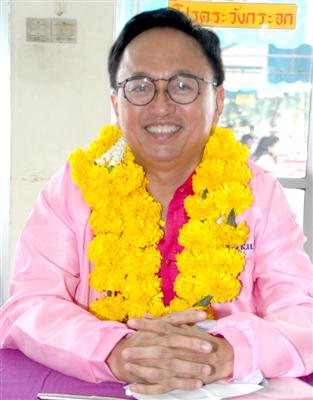 PHUKET CITY: The Phuket Provincial Administration Organization (PPAO) expects to collect about 70 million baht from its controversial hotel room tax, put in place in 2000 as a way of raising funds to improve public services and tourism infrastructure.

PPAO President Paiboon Upatising said that 60 million baht was collected in 2008 from 217 hotels that agreed to pay the tax.

In 2008, there were 639 accommodation establishments with 38,528 rooms registered with the Tourism Authority of Thailand.

If all hotels on the island paid the tax it would generate Bt200 million annually, Mr Paiboon told the Gazette earlier.

Hotels in Phuket are required by law to price their accommodations to include a 1% room tax, according to the PPAO.

In the past many hotel operators refused to pay, citing a lack of clear information about what the money would be used for.

As part of his successful campaign to wrest the PPAO Presidency from Anchalee Vanich Tephabutra last year, Mr Paiboon promised greater transparency in how the  hotel tax would be spent.

He has also pledged that all of the collected funds would be invested into tourism industry development, with hotel owners given a say on how that could best be achieved.

As added incentives, the PPAO now presents certificates to hotels upon receipt of payment.

The PPAO is also planning to install a map at Phuket Airport highlighting the hotels that have paid. The map will also encourage tourists to book rooms through an on-line booking system being developed by the PPAO.

Other proceeds will be used to fund tourism “roadshows” to drum up business in promising markets abroad, according to a recent PPAO press release.

Former Phuket Chamber of Commerce president President Eam Thavornwongwongse, also Director of the Kata Group of hotels, continues to maintain that the PPAO has no legal grounds for forcing hotels to pay the tax.

However, he said resorts in the Kata Karon Hotels Association – including Kata Group – have begun paying the tax because they are confident the PPAO under Mr Paiboon would spend the money wisely.