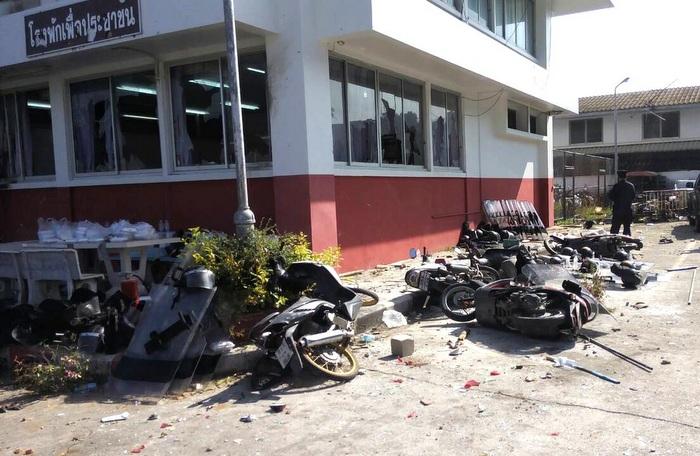 PHUKET: Officials arrested two additional suspects yesterday, wanted in connection with October’s Thalang Police Station riot that saw more than 6 million baht worth of damage to the station and nearby vehicles (story here).

The two men denied all charges, claiming that they were merely in the area with friends who were participating in the riot.

Regardless, police have charged them with creating an illegal blockade and gathering 10 or more people together for violent acts. Additionally, they have been slapped with other gang related charges such as arson, damage to public property, attacking on-duty officers and invasion of public space.

Police have been methodical in pursuing arrest warrants related to the riot, as many of the suspects are teenagers involved in other criminal activities. Officers are holding off on making arrests at their residences to avoid any further violence.