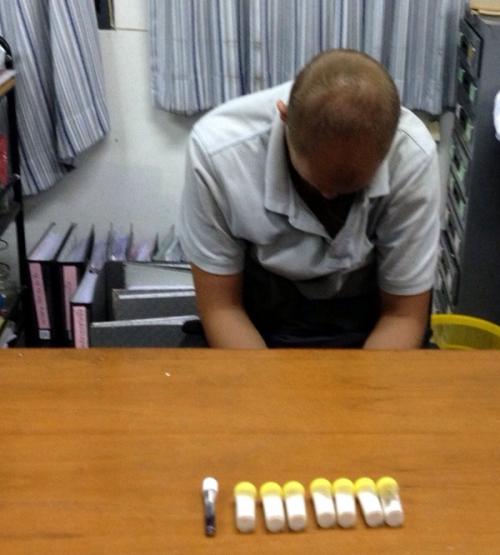 Marine Police, having received a tip-off about the drug deal, decided to take immediate action, fearing that any delay would lead to an opportunity for Mr Cawley to escape, Col Chatchai said.

The sting involved an undercover Marine Police officer entering the residence as a potential buyer.

“As Mr Cawley began to negotiate with our officer, our team rushed the room,” Col Chatchai said. “The suspect panicked and threw a small black bag of heroin out the back door.”

Officers collected the bag, as well as seven bottles that also contained heroin.

“Mr Cawley confessed that the drugs belonged to him, and we made our arrest,” Col Chatchai said.

Mr Cawley was charged with possession of a category 1 drug with intent to sell.

Hundreds of Phuket residents come together for World Ocean Day 2013