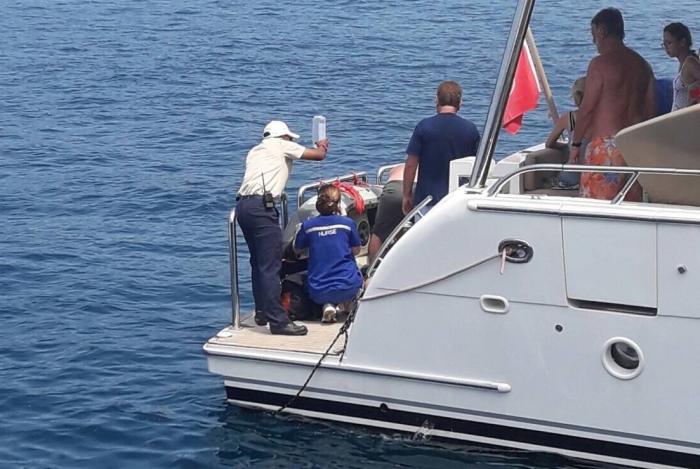 Lt Chanat Hongsithchaiyakul of Chalong Police received a distress call from the yacht asking for rescue teams at about 1:30pm.

“We found the victim, Graham Weds, unconscious on the floor. He had a wound on his head and was not breathing,” said Lt Chanat.

Rescue workers arrived by boat and administered CPR [cardiopulmonary resuscitation], but the man remained unresponsive. He was pronounced dead at about 2:30pm.

“Mr Weds’ friends told us that they were checked in to a hotel at Koh Racha and decided to go on a boat trip. They stopped at Plub Pla Beach for snorkeling,” said Lt Chanat.

“Mr Weds went back to the yacht while everyone else was still in the water and was later discovered on the yacht floor,” he added.

The body was taken to Vachira Phuket Hospital.

“We believe he fainted due to the heat and suffered a head injury when he hit the floor. However, we are investigating the matter further before confirming the cause of death,” the policeman said.