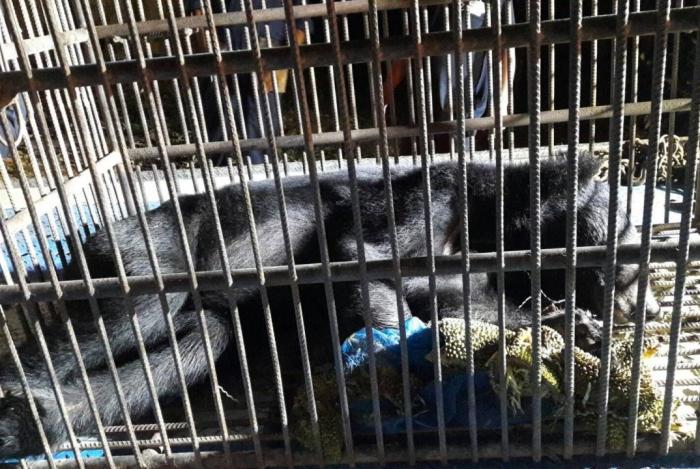 THAILAND: A wildlife activist yesterday criticized Khao Yai National Park officials for allowing an Asian black bear to fall to its death from a helicopter earlier this month during a rescue operation to return it to nature.

The bear reportedly woke up aboard the helicopter while it was being flown in to the national park in Prachin Buri. It had not been put inside a cage, but was instead covered by a net and put on board. As the helicopter flew over forest land, the animal panicked and fell to its death.

The young bear, which weighed about 90 kilograms, had been found injured in November last year. Officials took it in for rehabilitation until it fully recovered.

Mr Thongchai said that the park officials made the wrong decision to fly the bear in a helicopter, while other wild animals were earlier transported in trucks to be released back to nature.

He also said that the plan to release the bear at Khao Laem, which is deep in the forest and far from the spot near the forest border where it was found and rescued, was flawed.

“Asian black bears are social animals that need to stay with their packs. Flying the bear to a new location could end up with it being killed by other bears,” Thongchai added.

“Officials were also careless in calculating the weight of the bear to give the correct dose of tranquilizer to prevent it from waking up during the operation. It should also have been put it a cage,” he said.