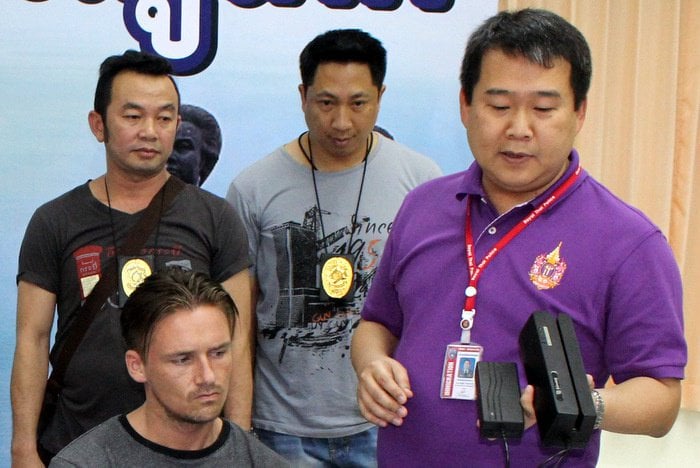 PHUKET: An Australian and a British expat have been arrested for using data from skimmed ATM cards to withdraw cash in Phuket.

“Our officers identified the men from the description given, and approached them at about 11:15pm,” said Phuket Immigration Superintendent Sunchai Chokkajaykij.

“They had just withdrawn 20,000 baht from a Siam Commercial Bank ATM in front of a 7-Eleven store and were walking toward Karon Plaza.”

“We have learned of a person who has been providing details of bank accounts from skimmed ATM cards to Mr McKee over the internet. We have yet to identify this suspect,” Col Sunchai said.

“However, we have established that Mr McKee organized and bought the blank ATM cards and the encoding machine in Bangkok.”

“They have been handed over to the Karon Police for further legal processing,” he added.