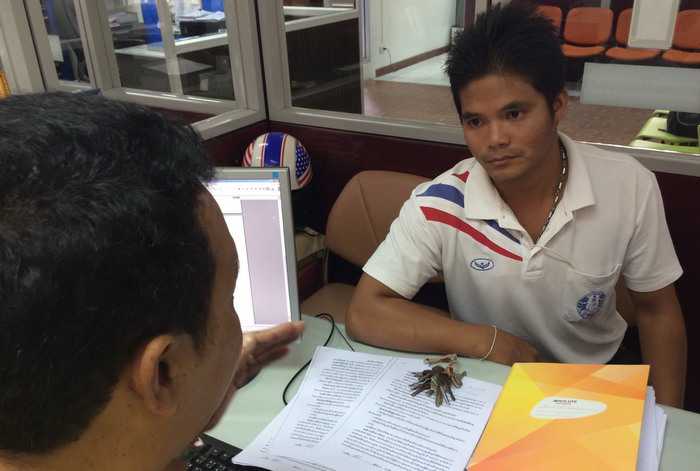 PHUKET: Police arrested a 29-year-old teacher at Baan Kalim School today for the rape of one of his 12-year-old students.

The family of the girl, given the pseudonym “A” by police, filed the complaint on August 6.

“After that, we kept a close watch on him until we had enough evidence to press charges,” Col Sutthichai Tianpho of the Patong Police told the Phuket Gazette.

Mr Jirasit told police that he saw “A” looking unwell in the 3rd floor computer room of the school and went to check on her.

“I did massage her arms, but I was just trying to make her feel better – there was nothing else to it,” Mr Jirasit told police.

“I then took the girl home and told her mother that I had touched the girl’s arm. She asked me to pay 150,000 baht. I paid because I wanted that to be the end of the issue, and I was afraid that the school would fire me.”

However, the girl’s stepfather allegedly requested that Mr Jirasit pay an additional 100,000 baht, which he refused to do.

“They filed the complaint immediately afterward, but it’s not true. I’ve been continuing to work normally at the school until I was arrested,” Mr Jirasit said.

Mr Jirasit was charged with Section 277 of the Thai Criminal Code, which says: “Whoever has sexual intercourse with a girl not yet over fifteen years of age and not being his own wife, whether such girl shall consent or not, shall be punished with imprisonment of four to twenty years and fined eight thousand to forty thousand baht.”

“We still need a more complete statement from ‘A’ and from other officers working on the case. Because she is a minor, several departments are involved,” Col Suthichai said.

“We will be fair. However, our evidence is strong enough to press charges, despite his claim of innocence.”