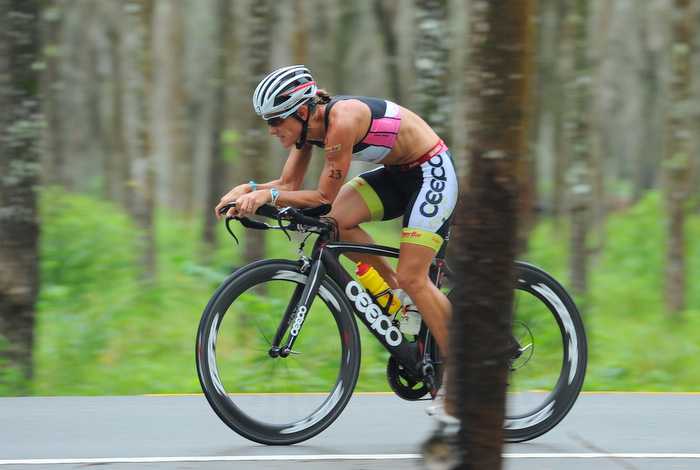 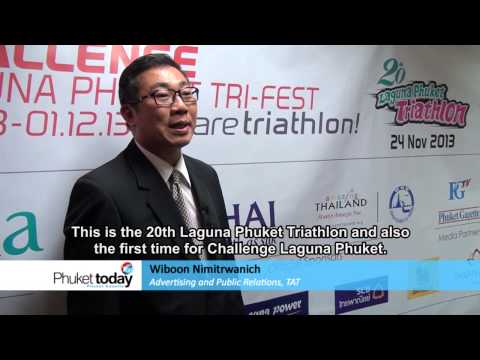 Yes, it’s time to brush off those figure hugging triathlon outfits, tune up the triceps and get ready for the Challenge Laguna Phuket TriFest. Video: PGTV

They will be challenged by the 2013 LPT Champion Ruedi Wild, three-time LPT Champion Massimo Cigana and fellow Italian Alberto Casadei.

Spectators will also get a glimpse of world-famous Formula One driver Jenson Button and Thai pop star Navin Tar, who both have a passion for the sport of triathlon.

The women’s field is lead by last year’s LPT and Challenge Laguna Phuket Champion Melissa Hauschildt and three-time LPT Champion Radka Vodickova, who, in recent years, has become a crowd favorite in Phuket.

They are joined in the women’s line-up by triathlon legend Belinda Granger, who is retiring from professional racing after the Challenge Laguna Phuket, multiple half-distance winner Rebekah Keat and Gina Crawford. 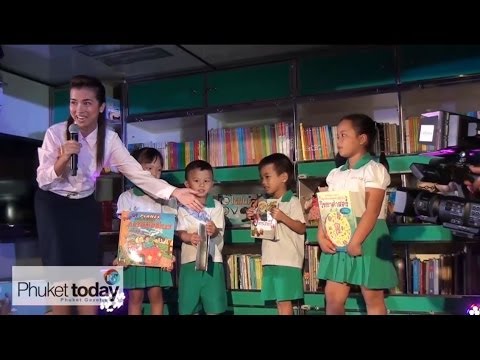 Through donations from marathoners and the help of star triathletes, including Chris Lieto and his More Than Sports charity, the Laguna Phuket Foundation’s Fully Booked Mobile Learning Center can now take to the roads. Video: PGTV

The professional athletes are competing for a prize purse of more than 1 million baht.

As with every year, Laguna Phuket will be raising funds for its Laguna Phuket Foundation during the Tri-Fest week. Athletes competing in Laguna Phuket sports events are being asked to raise funds through donations and sponsorships for the foundation, which aims to raise 500,000 baht each year for its various charity programs.

The foundation’s latest project, the “Fully Booked!” Mobile Learning Centre, will be showcased at the Tri-Fest event this year. The center began providing services to schoolchildren in rural areas of Phuket in July.

In December, the foundation will launch a special education service in commemoration of the 10th anniversary of the tsunami. The new Laguna Phuket Community Learning Centre (CLC) will complement the current community English learning center that has been providing free English courses to interested learners of all ages since 2007.

To date, nearly 8,000 learners have enrolled and the new CLC will become a center where people can develop their skills and further their knowledge. Donations made to the Laguna Phuket Foundation this year will be used for this new initiative.

Athletes can make donations via online event registration and at the donation booth at the event.

The Laguna Phuket Triathlon and the Challenge Laguna Phuket are proudly sponsored by the Phuket Gazette and PGTV’s ‘Phuket Today’ show, the island’s only nationally broadcast television program (aired six daily on True Visions and all local cable networks).

Time running out for Phuket Immigration to explain extortion allegations