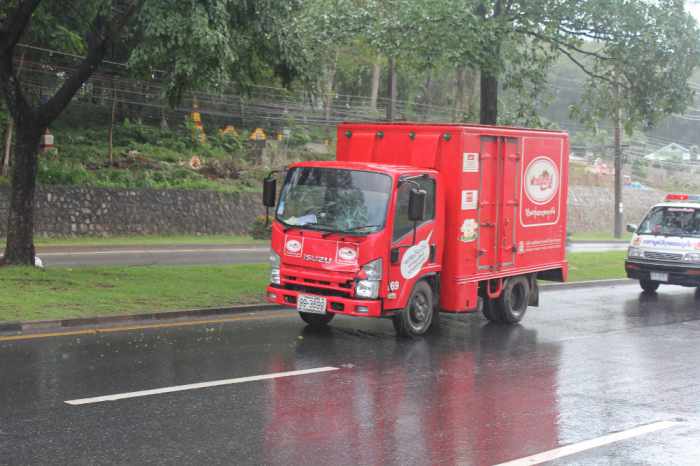 PHUKET: A man was killed today in Phuket after being hit by a speeding Farmhouse delivery truck while he was trying to cross the road.

The van, belonging to President Bakery Public Co Ltd, was delivering the well-known Farmhouse brand of bread when it struck the man on Thepkrasattri Road.

“The victim, an unidentified male, is thought to be in his 40s. He received serious head injuries and later died at Mission Hospital,” said Lt Col Anek Mongkol of the Phuket City Police.

The driver of the delivery truck, 35-year-old Sompop Saiklin, and his co-worker were uninjured.

“We had just made a delivery to a SuperCheap store and were on our way to another one near Heroines Monument when we saw a chubby man run out into the road. I was going fast and was unable to stop,” said Mr Sompop.

“I saw him go down in front of us, so I stopped the van and called the police.”

Police took Mr Sompop and his co-worker to the station for further questioning.