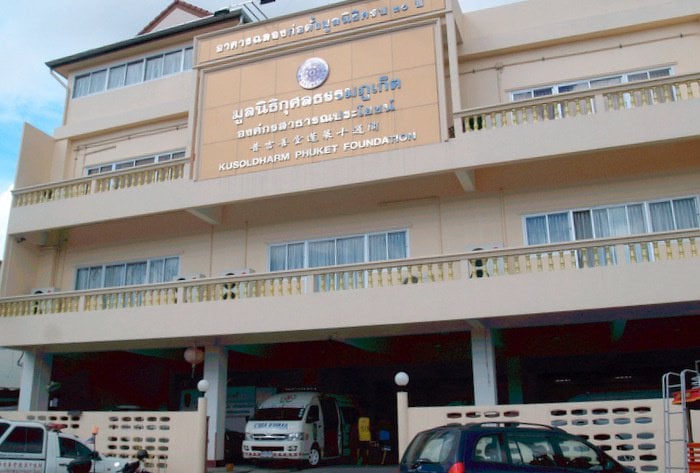 PHUKET: Police are searching for the mother of a newborn boy found dead in a trash bin on Phun Pol Road in Phuket Town last night.

“The body was wrapped in towels and placed inside a woman’s handbag in a trash bin near the headquarters of the Kusoldharm Foundation,” said Lt Jariyawat Taencheun of the Phuket City Police.

“He was found at about 8pm by Phuket City Municipality workers collecting the trash.”

Lt Jariyawat said there appeared to be some trauma to the right side of the infant’s head, but there were no other marks on the body and the umbilical cord had already been cut from the baby.

“The body has been taken to Vachira Phuket Hospital for further examination to find out whether it died after birth or was the result of an abortion,” said Lt Jariyawat.

Police are questioning residents in the area and checking CCTV footage in the hope of identifying the mother.

“We are trying to find out from residents if they knew of any woman who was pregnant in the area,” said Lt Jariyawat.

“CCTV footage taken in the vicinity might also give us a lead. If it turns out that the mother was involved in the infant’s death, she will face charges.”

Phi Phi boat owner charged for “aquarium in the wild’