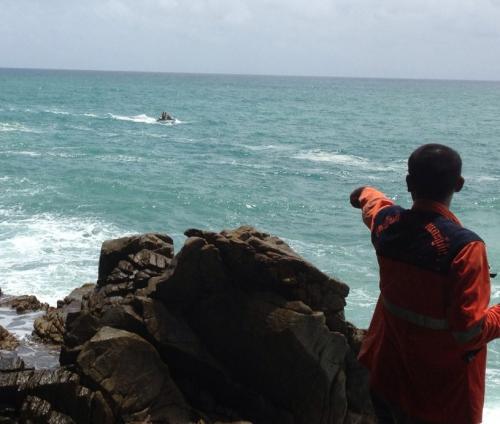 PHUKET: Relatives have confirmed that the body that washed ashore near the northern end of Kamala Beach yesterday morning is that of 34-year-old Non Boonsopha, who was swept out to sea while fishing with friends and family on Phuket on Sunday.

Mr Non was fishing from the rocks on Laem Son, the headland at the southern end of Bang Tao Beach, when a large wave struck him and dragged him out to sea, said Ruamjai Rescue Foundation worker Koson Thaotawin.

Rescue workers were unable to find Mr Non on Sunday and were forced to call off the search at about 6pm that night.

“The body discovered yesterday morning was taken to Patong Hospital. Mr Non’s relatives have now confirmed the body is his,” Mr Koson said.