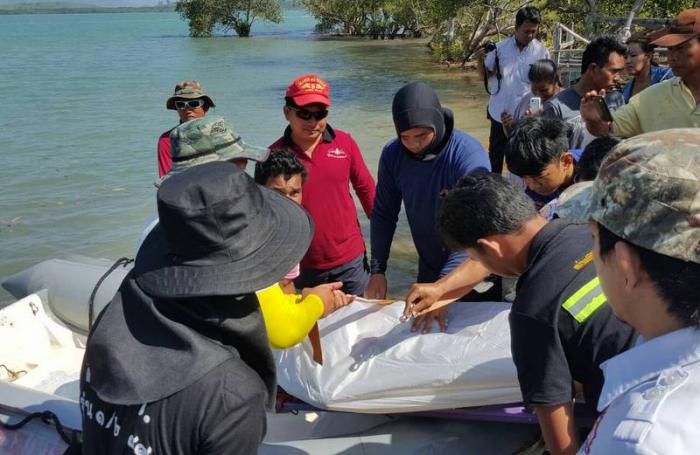 PHUKET: Rescue workers this morning recovered the bodies of two men who had been missing since their canoe capsized near Koh Sireh on Sunday.

“The body of Mat Panthip, 51, was found floating near Ruen Talay Seafood restaurant in Rassada at about 9:30am,” said Phuket Marine Police Chief Panya Chaichana.

“About two hours later, we found the body of Laong Theppitak, 54, about 100 meters away.”

The capsized boat had already claimed the life of Visut Prasert, 58, whose body was found shortly after the accident. However, the 9-year-old boy in the canoe was safely rescued after the boat flipped (story here).

The bodies of Mr Mat and Mr Laong were taken to Vachira Phuket Hospital.