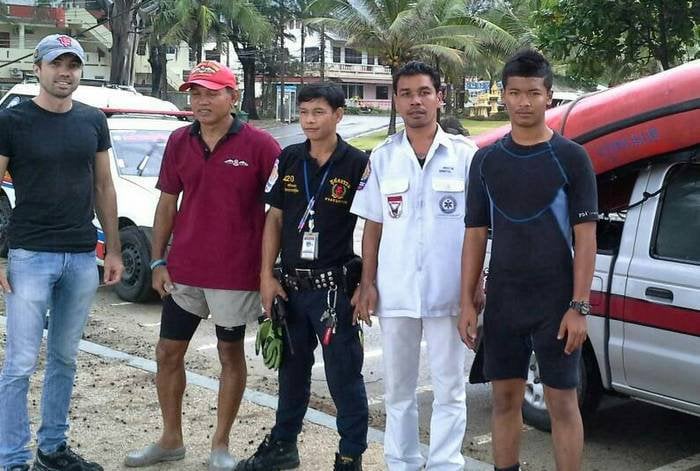 PHUKET: Phuket Marine Police have failed to find a fisherman who was swept from a rock outcropping on Kamala Beach last night

“Due to the current weather, it has been very difficult to conduct a thorough search,” said Phuket Marine Police Chief Panya Chaichana today. “Rescue workers and Kamala Police Officers searched the area as soon as Prayat Janmee, 50, was reported missing by his friend. However, they weren’t able to locate him.”

Mr Prayat was allegedly fishing in light rain on the rocks with Kittisak Kerdrum when a large wave knocked him into the water and dragged him out to sea.

“It happened very fast. The wave came and took him away. He was no doubt injured as he tumbled down the rocks before falling into the water,” Mr Kittisak told the Phuket Gazette. “He disappeared almost immediately after he fell into the water. I shouted for help, but nobody was there at the time.”

Last week, lifeguards issued a warning against all marine activities during the current storms. The warning came in the wake of an 18-year-old fisherman being swept from the rocks of Kata Beach (story here). His body was discovered days later.

A Decade Ago: AA saves families, lives – test yourself

One dead, one injured in Kamala motorbike crash