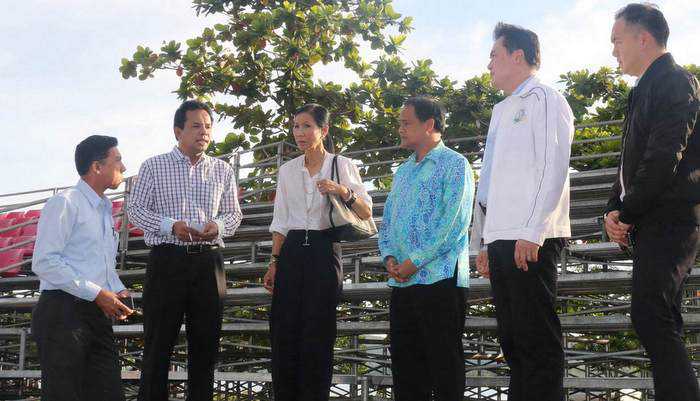 PHUKET: The island will see an unprecedented number of visitors arriving this month due to the 4th Asian Beach Games, said Tourism and Sports Minister Kobkarn Wattanavrangkul on her visit to Phuket yesterday.

The minister arrived in Phuket at 4:30pm to inspect preparations at Saphan Hin Stadium – the venue for the opening ceremony – and to see rehearsals for the volleyball tournament to be held on Karon Beach.

“We expect a large number of tourists during the Games, because this is an international sporting event that is taking place during the high season,” said Ms Kobkarn. 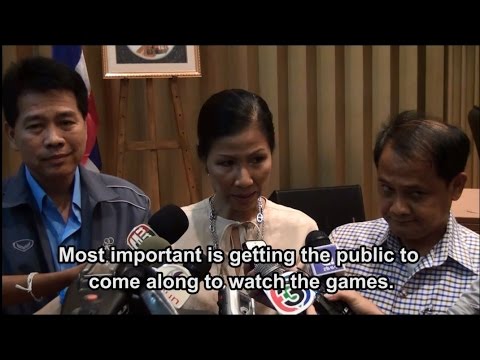 Tourism and Sports Minister Kobkarn Wattanavrangkul speaks to the press on her first visit to Phuket ahead of the Games. Video: PGTV

“There will be 2,700 athletes, 1,700 referees and about 100 members of the international media joining the event. We anticipate the event to generate between 800 million to 1 billion baht.”

The minsiter also praised organizers of the Games and applauded Phuket’s leaders for their efforts.

“I am extremely impressed with the progress and am confident everything will be ready on time,” Ms Kobkarn said.

“I saw people rehearsing the medal ceremony, as well as practicing updates on the scoreboard on Karon Beach. I believe that together, we can make this a great event.”

The Game’s organizers will have IT teams at every sporting location to provide free WiFi during tournaments, which will allow people to spread the word about the Games via social media sites, noted Ms Kobkarn.

Ms Kobkarn applauded the island’s police force for their work and expressed her confidence that they would carry out their duties to the best of their abilities during the event (story here).

The 4th Asia Beach Games will get underway on November 14 and continue until November 23 (story here).

With 26 sports – ranging from air sports to beach basketball – and 168 gold medals up for grabs, the Phuket Gazette is proud to represent the island and take the lead in providing up-to-date coverage of the exciting happenings that will soon unfold before us (story here).