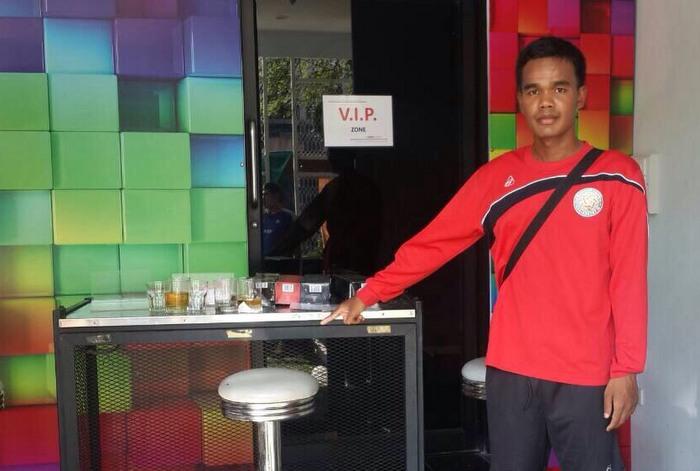 PHUKET: An allegedly drunk man attacked a Phuket police officer after learning that the bar where he was drinking was being forced to close for the night.

“Lt Col Wanchana Assompoch of the Phuket City Police was attacked while he was on patrol, closing down venues that had continued to operate past legal hours early Sunday morning,” said Lt Col Chaleow Taihu of the Phuket Provincial Police.

The pub, which police declined to name, was allegedly still open at 2:30am. All bars on the island are legally required to stop serving at 2:00am, confirmed Col Chaleow.

Upset that the night had come to an end, 29-year-old Anat Jamjun battered Col Wanchana in the head and face before fleeing the scene.

Col Wanchana was taken to Vachira Phuket Hospital for treatment.

Mr Anat surrendered to police at about 4pm the same day.

“He confessed that he was angry that Col Wanchana was closing the pub and attacked him,” Col Chaleow said.

Mr Anat was charged with obstructing justice and attacking a police officer on duty. He faces a maximum penalty of two years imprisonment, a 4,000-baht fine, or both.

Desperate plea for blood made to save German in Phuket