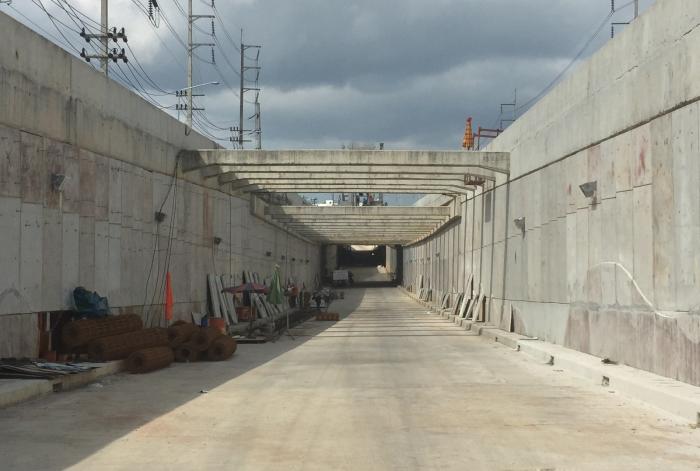 PHUKET: One northbound lane of the Bang Ku Underpass will be open from January 14-20 to ease the flow of traffic during two upcoming Royal visits next week.

Underpass construction began with a starting budget of 597 million baht in July 2015 (story here) and is now about 68 percent complete. Progress is 13 per cent faster than originally planned, and officials expect a completion date of August this year.