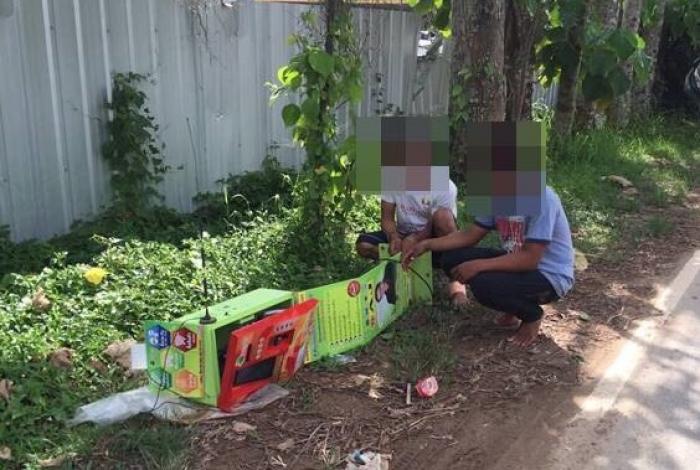 PHUKET: Two cellphone top-up machine thieves were charged in Thalang yesterday after they confessed to committing the act at least six times in order to obtain money to buy the locally illicit drug krathom.

A 22-year-old suspect named by police as Attaphol Panyasak, accompanied by a minor, were seen stealing the machines on CCTV.

“They stole a machine from Pa Khlok on Monday night and took it to a rubber plantation nearby. At about 3am on Tuesday, they were trying to pry it open when we arrived and caught them red-handed,” said the colonel.

“We also seized one machine, a motorbike, the knife used to cut the electric wire, a chisel used to pry the machine open, and 1,682 baht in cash. Both men were charged with theft. Additionally, they confessed to stealing about 1,000 baht from each machine in order to buy krathom.”

A similar robbery took place in Krabi at about 2am yesterday, at a machine located in Krabi Old Town market. The suspect was caught on CCTV prying the machine open and escaping with about 3,000 baht in cash.

Police are still searching for him.