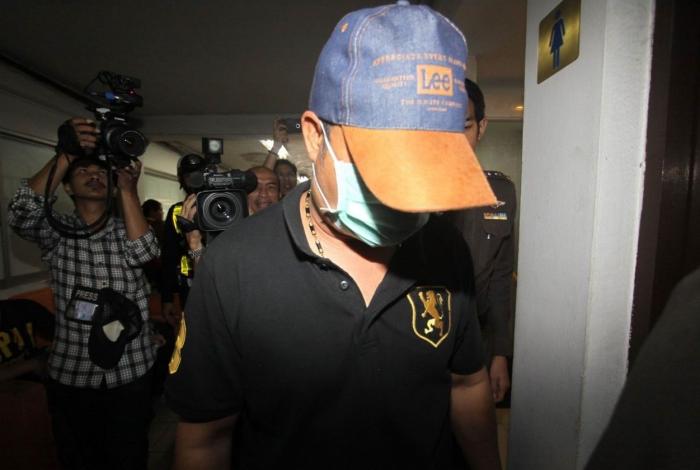 Mr Jiraphot surrendered to police on Tuesday and allegedly confessed to arranging the cheating in exchange for up to 400,000 baht per applicant. He was released on bail yesterday.

Gen Sanit said that during a one-hour interrogation, Mr Jiraphot admitted he had offered to facilitate cheating on entrance exams to people who were attending tutorial schools in Pathumwan to qualify as police and state officials. He said he had been operating the scheme for about a year, adding that many such cheating groups operate in Thailand, according to police.

Deputy city chief Maj General Adul Narongsak, head of the sub-panel supervising the test, said that police had interviewed 12 people of interest. He said that the initial investigation revealed as many as 300 people could be involved and that each ‘customer’ had to pay 5,000-20,000 baht to the officer.

Gen Chakthip said Gen Dechnarong reported that the Metropolitan Police Bureau and the Provincial Police Region 7, had been affected by similar cheating schemes.

The city police exam, held at Ramkhamhaeng University’s Bang Na and Hua Mark campuses, was held to recruit 1,800 officers out of 13,000 applicants.

Medical students were allegedly paid to sit in at the exams and sabotage their own answers. They got the lowest scores to avoid being caught, but some later admitted they had participated in cheating.

Tiger Temple’s left over animals to be relocated