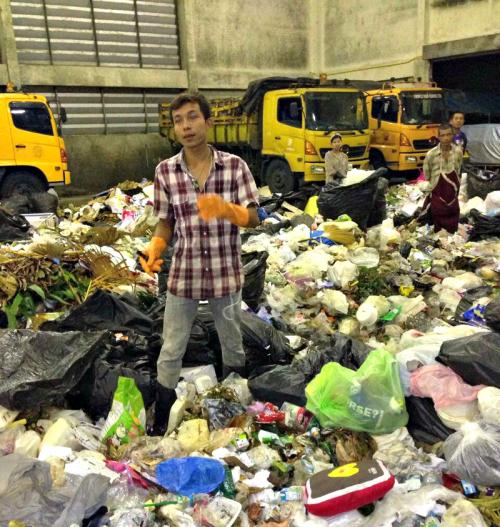 PHUKET: The body of a dead baby girl was found yesterday at the Karon trash-separating facility.

Capt Channarong Prakongkua of the Karon Police told the Phuket Gazette, “One of the trash collectors said he was separating trash at the garbage depot at around 5:30pm, when he opened a plastic bag and found the tiny corpse.

“It was a baby girl with the umbilical cord still attached. It appears she had been dead for about 24 hours before her body – which weighed about 3 kilograms – was discovered.”

The body was sent to Vachira Phuket Hospital for a more thorough examination.

“We have yet to learn who the mother is. However, police are now searching for her,” Capt Channarong said.