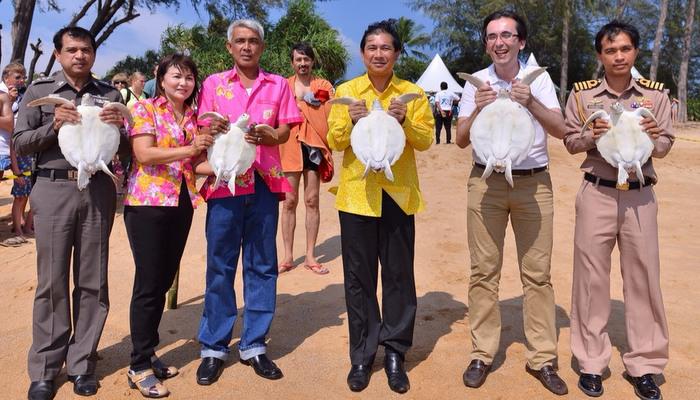 “Villagers in Mai Khao and Karon called the Phuket Marine Biological Center [PMBC] after they found the stranded baby turtles on the beach,” an officer from the Marine Endangered Species Unit of the PMBC told the Phuket Gazette.

“We believe the turtles were released earlier the same day because their flippers had tags on them. They probably washed ashore because they were not strong enough to swim on their own.”

The rescued 1-year-old turtles have been taken to the PMBC at Cape Panwa, on Phuket’s east coast, where they will stay until they are able to take care of themselves and be released again.

Officers believe the stranded turtles were released during the fifth annual Mai Khao Turtle Release at JW Marriott in celebration of the Songkran holiday, an event attended by locals, tourists and Phuket officials, including Governor Maitri Inthusut.