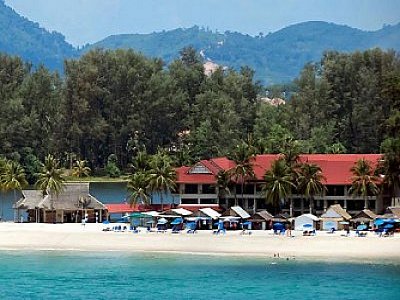 According to documents filed with the Stock Exchange of Thailand, the Board of Directors of Laguna Resorts and Hotels (LRH) approved the sale of the company’s 60% shareholding in the resort for 723.565 million baht.

LRH’s joint-venture partner RHI Group Pte Ltd will also sell its shareholding in the company and subsidiaries for an as-yet-undisclosed amount.

Conditions precedent are in effect which call for a completion date for the final transaction on or before May 10, 2011.

Located in the leading integrated destination resort Laguna Phuket, the property opened in 1991 as the Pacific Islands Club, as part of DFS (Duty Free Shoppers), the resort chain co-founded by billionaire Chuck Feeney.

The resort later changed names to its present resort moniker.

The buyer, Recap, is no stranger to Phuket. In 2006 it acquired a controlling interest in Phuket Square Co Ltd, the owning company of the Jungceylon shopping, retail and hotel complex in Patong.

Established in 2004, the Recap group has investments in Japan, Korea, China, Hong Kong, Singapore and Thailand.

At the time of the divestment of the Dusit, LRH commented both to the stock exchange and the media that the transaction was meant to reduce what was considered overexposure to risks in the Phuket and Thai tourism markets.

The group also announced that proceeds would be spent on hospitality investment outside of the country, along with paying down debt and/or dividends to shareholders.

Laguna Beach Resort, which has operated as an independent, has seen significant market share eroded by a growing concentration of new international hotels in Phuket and a decline in value due to the property’s age.

In 2009 the listed company reported that the resort contributed 11.39% to hotel-wide turnover amongst the group’s hospitality assets, and in 2010 H1 (January through June) 13.25%.

The transaction comes on the heels of the recent announcement by LRH that it will close the 419-room Sheraton Grande Laguna Phuket in the middle of the year.

An agreement was reached with Starwood Hotels and Resorts Worldwide that winds down the management agreement, and the property is to be reopened as a Banyan Tree Angsana brand property on December 1.

A 500mn-baht renovation program has been earmarked for the property.

Hospitality transaction activity on the island remains a key highlight in the industry at present, with another large international hotel currently on the market with expectations of a transaction by the second quarter of this year.