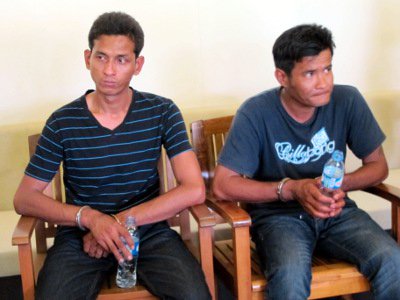 PHUKET: The two men charged with killing 60-year-old Australian tourist Michelle Smith in a bungled bag snatch in Phuket on June 20 have been sentenced to life in prison.

The sentences were handed down at Phuket Provincial Court this afternoon. The judge presiding over the three-day trial commuted death sentences to lifetime imprisonment after both men pleaded guilty.

Surasak Suwannachote had confessed to stabbing Mrs Smith during a gang robbery, hence causing her death.

Surin Tadthong had confessed to operating the motorbike used in the attack and to disposing of the knife used to stab Mrs Smith.

The Phuket Gazette will release more details as they become available.