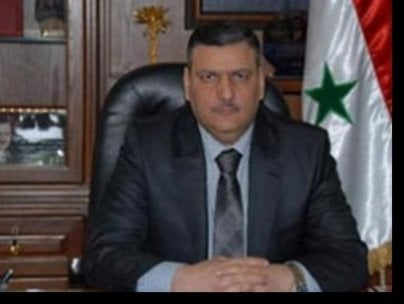 
PM Riyad Hijab defects from Assad regime
Phuket Gazette / News Wires
PHUKET: Syrian Prime Minister Riyad Farid Hijab on Monday announced his defection from the Assad government and said he is joining the opposition, his spokesman told reporters. It is the highest-profile defection since the uprising began nearly 18 months ago.

Hijab’s spokesman, Muhammad el-Etri, later read a statement to reporters in which Hijab announced he is joining the opposition. “I announce today my defection from the killing and terrorist regime and I announce that I have joined the ranks of the freedom and dignity revolution,” Hijab was quoted as saying, according to Al Jazeera. “I announce that I am from today a soldier in this blessed revolution.”

Also on Monday, Finance Minister Mohammad Jleilati and Religious Endowments Minister Mohammad Abdul-Sattar al-Sayyed rejected media reports that they too had defected from the Assad regime. “I am a Syrian citizen before being a minister,” Jleilalti said, adding that he was working freely.

al-Sayyed also rejected the reports, calling the rumors of his defection “dreams and illusions” spread by misleading media organizations, according to a statement he provided to the SANA news agency. The minister added that “no one can defect from his homeland, morals or values.”

The UN estimates that more than 10,000 people, mostly civilians, have been killed in Syria and tens of thousands displaced since the uprising against President al-Assad. The opposition believes the number of deaths has already surpassed 20,000.

Satellite images just released show an increased use of heavy weapons in and around Syria’s city of Aleppo, raising urgent concerns over the welfare of residents, Amnesty International has said.

The rights group says the photos reveal more than 600 craters, which were probably caused by artillery shells.

Both government troops and rebels may be held criminally responsible for failing to protect civilians, it warns.