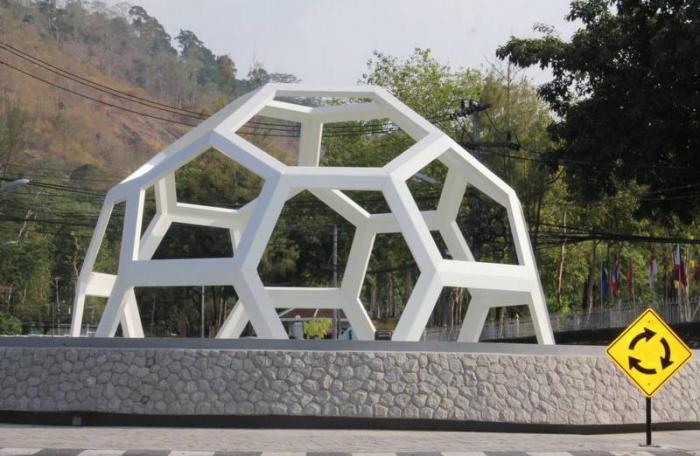 Construction of the 2.4-million-baht roundabout was funded last year by the UK-based non-profit Safer Roads Foundation at the island’s deadly Narisorn-Surin intersection.

Last year, a total of five people died and 36 were injured in accidents at the intersection (story here).

“We hope this roundabout will help to reduce the number of death and injuries in the area,” Vice Governor Kajornkiet said. “It is important that we work together and obey traffic rules to create a safer environment for all.”

The roundabout was designed by an architect from the Phuket Rotary Club of Tongkah. It is shaped like a turtle shell and represents the Andaman pearl.

The design was approved by Prince of Songkla University Professor Pichai Taneerananon and the roundabout was constructed by Phuket City Municipality in co-ordination with the Phuket Highways Department.