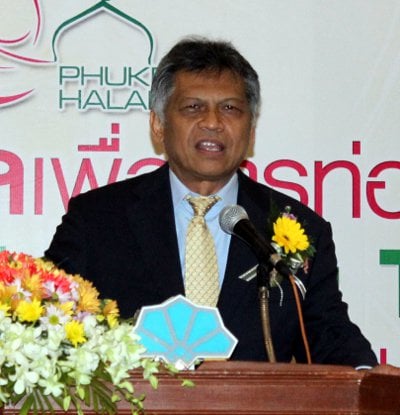 PHUKET: With 100 billion baht (US$ 3 billion) requested by government agencies for Thailand’s preparation for the Asean Economic Community (AEC) in 2015, private and government organizations in Krabi were called on yesterday by the Asean Secretary-General to step up their efforts in order to establish a “central role” in the Andaman.

“Krabi will have an advantage over several other Thai provinces due to its being the central province of the Andaman coast. However, Krabi businesses and citizens must be prepared for AEC 2015,” said Asean Secretary-General Surin Pitsuwan at the foundation stone laying ceremony of The Ozone Condominium in Krabi on Thursday.

With government agencies having requested 100 billion baht to prepare for the AEC 2015, Mr Surin assured his audience that there was no reason to panic about Thailand’s membership in ASEAN and consequent exposure to the increased competition inherent in the AEC. However, he pointed out that if Thai citizens did not adequately prepare themselves for the transition, the money will have been wasted.

“I think asking for such a big budget isn’t the best solution for preparing for the AEC. There are so many better and cheaper ways, such as focusing on the development of Asean foreign-language skills,” he said.

Mr Surin made it clear that he believed there were still some people who did not see the opportunities in the AEC, or did not know how to take advantage of it for their, and Thailand’s, benefit.

“I would like successful businessmen to give advice and share some of their experience with the new generation of businessmen to help reduce social inequality and prepare for the AEC,” Mr Surin said.