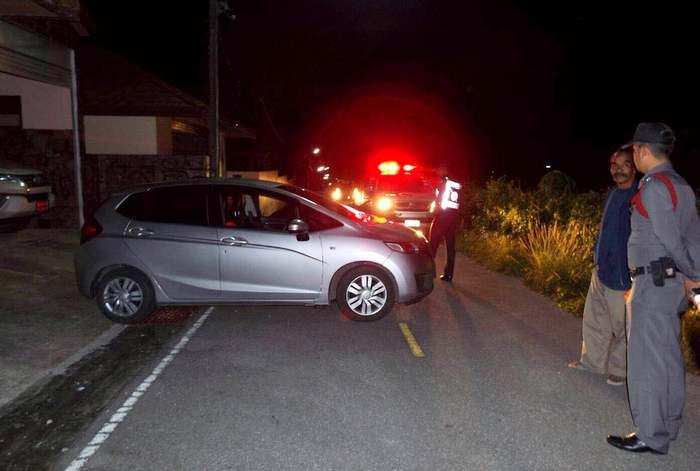 PHUKET: An Australian man is under arrest after he allegedly hit several parked vehicles in what police reported as a drunk driving incident in Cherng Talay early this morning.

Police received a report from Somchai Choomrak, 52, at Baan Pa Sak in Cherng Talay at around 4:30am. Mr Somchai stated that the suspect left his Honda Jazz parked in the middle of the road and went home.

“When we arrived on the scene, we saw Mr Somchai standing near the vehicle, which belongs to a 39-year-old Australian tourist named Paul Vockler,” said Lt Col Maj Sakon Krainara of Cherng Talay Police. “We found Mr Vockler with blood on his face in his house, reeking of alcohol.”

“According to Mr Somchai, the Aussie crashed his car into several other vehicles and fled the scene. Mr Somchai followed the tourist until he entered his house and called the police,” Col Sakon told the Phuket Gazette.

“Mr Vockler claims that he was attacked by locals, which is how he received the injury,” he added.

Police reported that Mr Vockler’s blood contained .22 per cent alcohol, while the legal limit in Thailand is 0.05 per cent.

Mr Vockler was charged with drunk and unsafe driving.