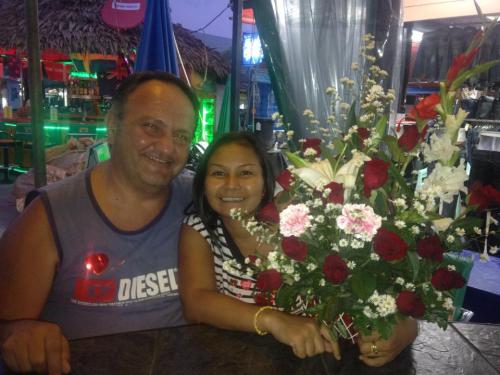 PHUKET: A 47-year-old Australian expat fell down a flight of stairs to his death yesterday after a night spent at his bar in Phuket.

Adin Medzic had allegedly been drinking at his bar in the OTOP Market in Patong since 7pm Wednesday.

He and his Thai partner, Fon Somwong, left together after the bar closed, Maj Weerapong Raktito of the Patong Police told the Phuket Gazette.

“We were told that once the pair arrived home, Mr Medzic lost his balance and fell down the stairs, hitting his head,” Maj Weerapong explained.

“At about 1:50am, Ms Fon called 191 for help. Patong Hospital sent an ambulance to pick up Mr Medzic from the Chutima Apartments, but it was too late to save him.”

Mr Medzic was pronounced dead on arrival at Patong Hospital at about 2:10am.