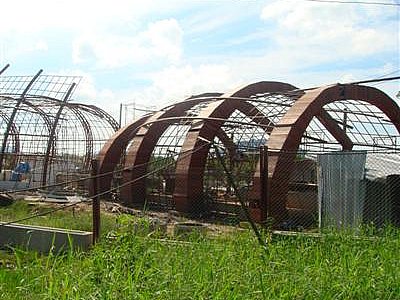 PHUKET: The Phuket Provincial Office is pushing ahead with the construction of a 5.4-million-baht culture center for Urak Lawoi sea gypsies, with the facility set to become the first of its kind in Asia.

The center, which is more than 70% complete, will aim to preserve the distinctive way of life and culture of the Urak Lawoi and to attract tourists for Phuket.

Phuket Governor Tri Augkaradacha said that the new facility on Koh Sireh in Rassada subdistrict would lift the quality of life of sea gypsies, or “new Thai people” as they are also known.

Gov Tri said 2.1 million baht of the funding for the center came from the 2010 provincial budget, with the rest coming from the 2010 Thai Khem Khaeng (Strong Thailand) fiscal stimulus package of the Abhisit Vejjajiva government.

The center will aim to resuscitate the way of life and wisdom of the sea gypsies, who have an ancient culture and distinctive customs, Gov Tri said.

The facility, which has been designed to resemble a sea gypsy’s fishing trap, will also be promoted as a cultural attraction for tourists.

It is being built on a 4-rai plot of land near the entrance to Ban Laem Tukkae or “Tsunami Village” in Rassada.

The center will be divided into three parts: an exhibition hall with a permanent display, demonstration activities and a library; a reception area with a souvenir shop; and an activity building hosting a fountain, stage and public area.

Prayoon Nusuk, director of the Phuket Culture Office, said that the center was 70% complete and that he was confident it would be completed by the end of this year.

Mr Prayoon said that after the center was complete a meeting would take place to hand it over for administration by the local governing body in order to ensure that it brings as many benefits as possible to local people.